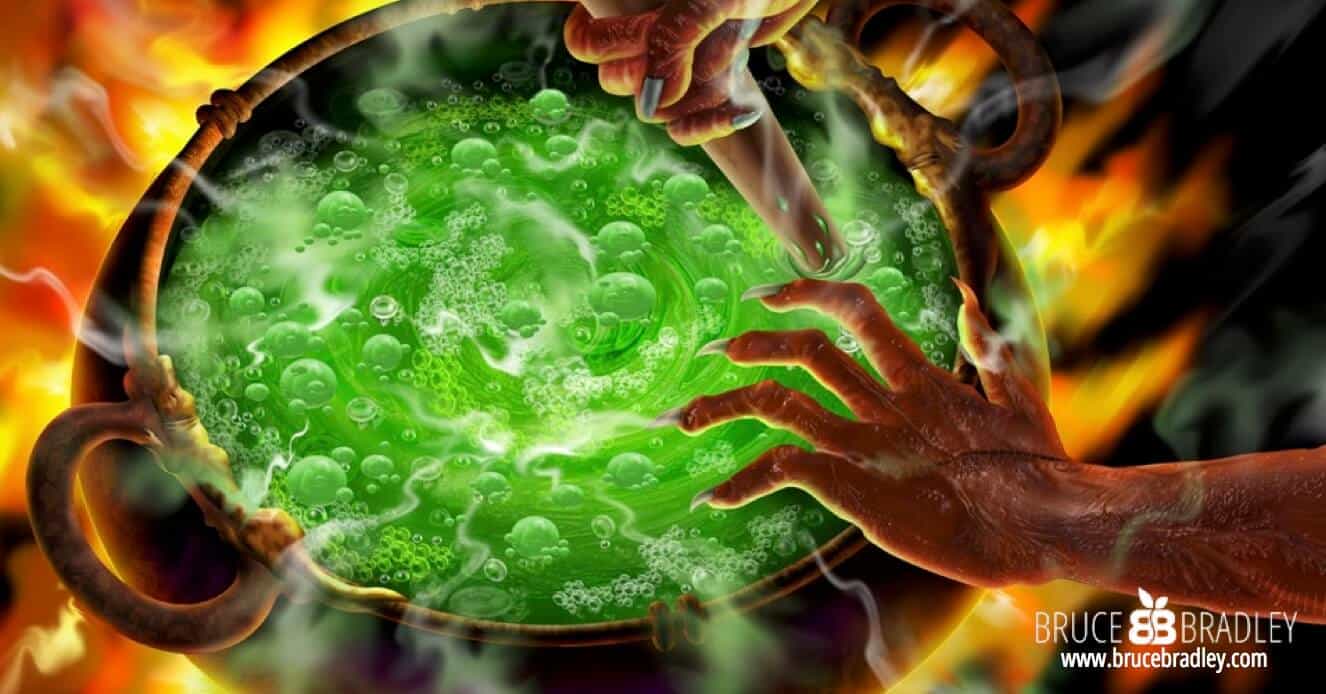 Here’s a fun, yet scary post in honor of Halloween. Although it’s meant with a little tongue in cheek, it is alarming what the food industry can get away with putting in their boxes, bags, and bottles without us even knowing it. Enjoy!

Fillet of a fenny snake,
In the cauldron boil and bake;
Eye of newt, and toe of frog,
Wool of bat, and tongue of dog,
Adder’s fork, and blind-worm’s sting,
Lizard’s leg, and howlet’s wing,
For a charm of powerful trouble,
Like a hell-broth boil and bubble.

These verses uttered by the Three Witches in Shakespeare’s Macbeth have become legendary, and the weird ingredients they talk about make us shake our heads in disgust. But at least we know what’s in the witches brew. The same can’t be said for most of the foods in our modern-day grocery store. Unfortunately big food companies have cast a spell over most regulators that allows them to manipulate us with advertising, make deceptive claims, and mislead us with ingredient labels.

All natural is one of those claims that makes most people feel better about the food they eat. After all, if it’s natural it’s got to be good, right? Well, as we’ve learned in my series “All Natural … Really?”, natural doesn’t mean anything. In fact, buying all natural foods may involve playing your own home version of the reality game show, FEAR FACTOR. Why? Check out some of these frequently used food additives that qualify as “all natural.” They might be a little more than you bargained for: 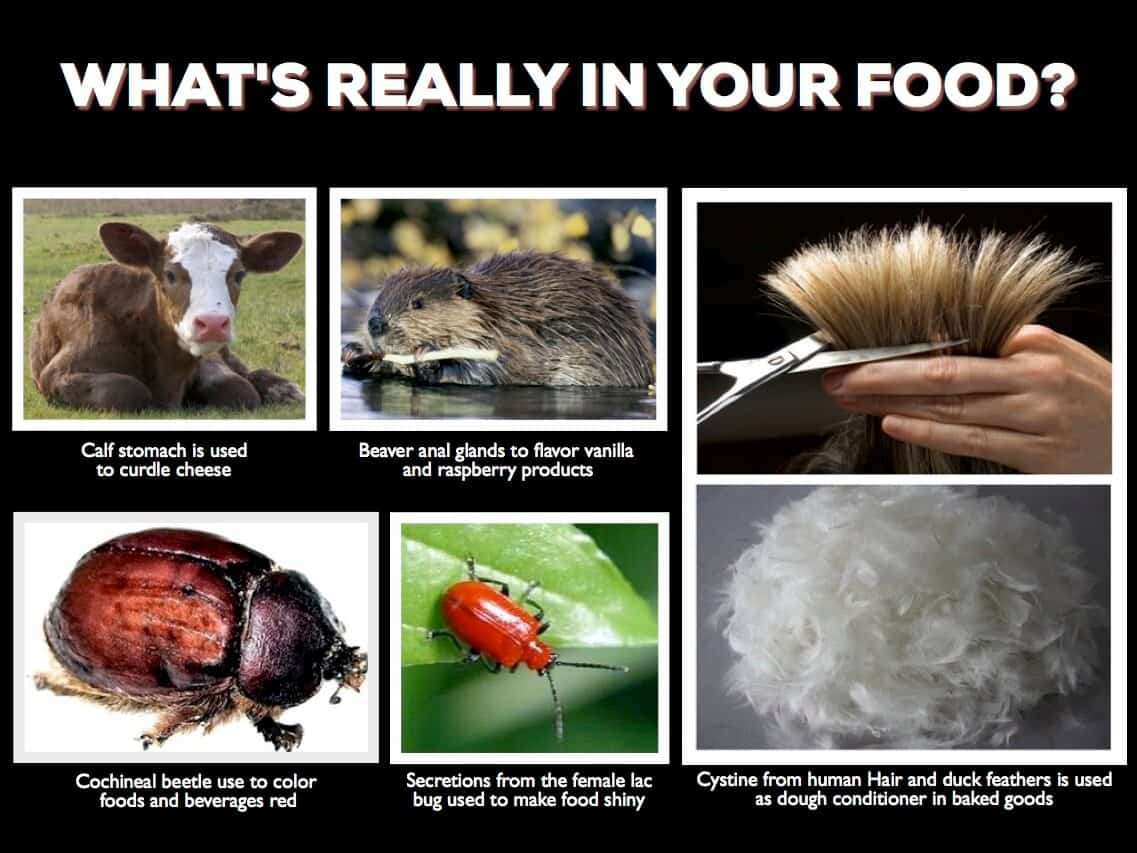 What’s so infuriating about these ingredients is how they can lurk in your food and you may not even know it. Whether they’re disguised as natural flavors, enzymes, glazes, or colors, you deserve to know if they’re in your food, right? Unfortunately big food companies disagree. Even after contacting Nestlé, Kraft, General Mills, Unilever, and Dannon, I couldn’t find out the truth. For example, when I asked if a specific product contained castoreum, I got the following response:

All of our natural flavorings are vendor supplied and are therefore proprietary information.

We do not explicitly use castoreum. We cannot speak for our vendors that provide proprietary ingredients such as natural flavors. I want to assure you that the FDA does consider this ingredient as generally recognized as safe.

Do you believe that? I know I don’t. Food manufacturers know exactly what’s in their food, even if the flavoring comes from another supplier. Furthermore, they can expressly ask flavor suppliers to NOT use specific ingredients. But the bottom line is the food industry doesn’t want you or I to know the whole truth. That would hurt their business.

So in honor of Halloween, I’ve come up with a few new lines for Shakespeare’s Three Witches. And just as these witches’ prophecies foretold Macbeth’s downfall, if we all speak up, the processed food industry will be in for some real change.

Oil from a beaver’s ass,
Beetle juice shines food like glass.
Cochineal bugs make things red,
Hair and feathers condition our bread.
Poor calves slaughtered for our cheese,
Yes I’m scared of these mysteries.
Processed food it’s a shame,
Lying and deceiving is no game.
Since you’re acting with deceit,
We’ll fight to know what we eat.
Big food companies we’ve had enough,
It’s time to regulate all this stuff.

As always, if you’ve enjoyed this post, please share it by pasting a link on your Facebook wall, liking it, or emailing it to a friend. If you have a chance and would like to learn more about my novel, Fat Profits, click here. And for more inside scoop on the world of food, please subscribe to my blog.

In honor of Halloween, I’m sharing this Halloween post from last year (originally published on October 30, 2011.) Believe it or not, it’s been my most popular post to date. Crazy! 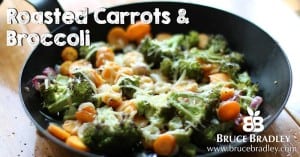 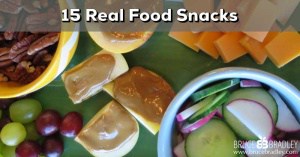