Hey, there. Bruce Bradley here. It’s been a while since I’ve posted, but before I get back to blogging, I thought I’d share a little bit about what I’ve been up to, why I stopped actively blogging, why I’m coming back, and what you can expect from my blog going forward.

When I started this blog over three years ago, it was all about revealing the truth behind processed foods. I had just written my novel, FAT PROFITS, and it brought to life in an entertaining fashion many of the problems with the food industry. My hope was to use my blog to help punctuate those problems with some real life examples, and get the word out about my book. After all, as one of the only former “Big Food” marketers speaking out against processed foods, I have a really unique perspective to share.

But after blogging for almost two years, I was worn out. While I’m proud of the blog posts I wrote, I was drowning in gloom. Although it’s entirely possible to write non-stop about what’s wrong with our current food system, I finally figured out I’m not wired to work that way. I can’t thrive in a constantly negative world, and I was struggling. What came next, however, was totally unexpected—a series of experiences that have helped me rediscover my passion and a new way to go about sharing it!

The first of these experiences happened thanks to my blog. Some folks at USAID ran across my site and learned about my passion for food, background in the processed food industry, and desire to help create a better food world. Who would have guessed this would end up being the perfect blend of experiences for an international assignment? Before I knew it I was heading off to lead a project in Serbia.

For those of you who don’t know, Serbia is a fledging democracy in the Balkan Peninsula of Southeastern Europe. Originally part of former communist Yugoslavia, Serbia was torn apart by decades of war, trade sanctions, and turmoil. Much of its industry was left in a shambles, and unemployment has been very high—not a good recipe for maintaining a democracy. With agriculture being a very important part of the economy, I was brought in to learn about Serbia’s agricultural system, share global food trends, and make recommendations about how the country could best leverage its resources in a positive way to grow jobs and the economy.

By the end of my assignment I ended up learning so very much about the challenges farmers face—especially in developing countries. I also made some critically important recommendations on how Serbia can leverage its strong agricultural base in this global food economy where more and more people care about real food. But unfortunately in many ways this experience hit home a painful realization that left me more discouraged than ever: right now the path of least resistance for farmers, food manufacturers, and retailers is still highly processed foods. Yes, they may be leanwashed with some marketing-hyped health claim, but they’re still highly processed foods nonetheless. 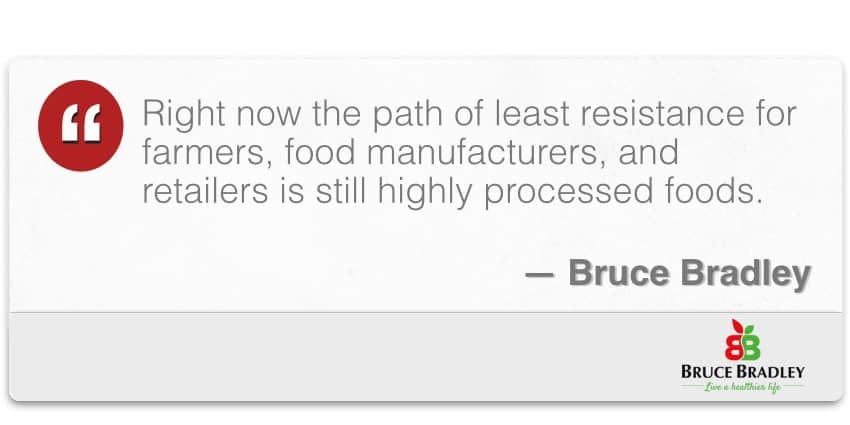 Recognizing this fact brought to life that if we’re ever going to reach a tipping point in the quest for real food, we’re going to have to grow the food movement much more and broaden its reach. No longer can we afford to be dismissed as an elitist trend. Fundamentally the movement is going to have to be more inclusive, and abandon its ivory tower for good.

The second thing I had a chance to do was to speak out on a larger platform about the dangers of processed food by participating in several great documentaries and news programs. If you’re interested in checking them out here are some links to several of them:

While it’s always a privilege to share what it’s like to work in Big Food and discuss my thoughts on why we’re in the midst of a food-marketing driven health crisis, these interviews got me thinking a bit. Are the vast majority of people even listening? Or have they just become numb to all the noise in this media crazy world? And if most people aren’t tuning in, what might crack the door open for them?

And that’s what brings me to the third part of my story. For the past three years I’ve been part of an amazing group of people studying positive psychology. “Positive what,” you may ask? It’s a relatively new area of study, and while the vast history of psychology dissects all that can go wrong in our head, positive psychology takes a different approach—focusing instead on what tends to make people happier and have a greater sense of well-being. What this journey has taught me about myself and how we can all make changes to live happier, healthier lives has been nothing short of amazing. And it has also given me several “ah ha” moments about why so many people may be dismissing the food movement.

Perhaps one of the most valuable learnings has been around impact of shame on people. Brené Brown is a leading expert on shame and here are just a couple nuggets from her TED Talks.

And what does shame have to do with food? Unfortunately we live in a world where there is a tremendous amount of shame surrounding food. With staggering rates of overweight/obese adults and children, people are drowning in shame. This fact is only heightened by a marketing culture that is obsessed with unrealistic images of thin, beautiful women and muscled, handsome men. At the end of our stressful days at work and home, far too many of us end up believing, “I’m not good enough. I’m a mistake.” And one of the many ways we medicate our feelings of shame is our addiction to food.

But the solution to our food shame isn’t intuitive for many of us. In fact, many of us do exactly the wrong thing. But through all Brené Brown’s research, she’s boiled down the antidote to shame into several key concepts:

(If these nuggets have you interested in learning more about Brené Brown’s research on shame, vulnerability, and happiness, I’ll share some links in a resources section at the bottom of this post.)

With this information in hand, I spent the last six months or so talking to people and re-thinking how I can make a difference. During the course of those conversations I listened a great deal, and instead of inserting my two cents, I tried to better understand why so many people aren’t paying attention to the food movement or simply don’t care. Here’s a summary of what I heard:

What scares me the most from these conversations is that as people feel more ashamed, confused, tired, disgusted, and skeptical, their most frequent response is to throw in the towel and give up. Much like the apathy we’re seeing towards politics and organized religion, people are deciding food is just another area of life they’re afraid or don’t know how to navigate. And unfortunately, when every day people give up, Big Food wins since it owns the status quo.

So what do I want to do? I’d like to help build a bigger tent … a more inclusive food movement. Applying Brené Brown’s insights I want to focus on empathy, ditching judgement, sharing my own struggles with food, and encouraging simple steps vs. rules and perfection.

And what does this mean for my blog? Although I’ll still take on the processed food industry and it’s misleading products and marketing tactics, my website will be more focused on how I’ve created a healthier lifestyle by sharing recipes and tips. While I candidly admit I don’t lead some pristine, perfect food life, I’ve made a lot of progress on my journey. Hopefully if I share this in an honest, non-judgmental way (yes, I’ve been guilty of sounding preachy in the past),  I can help inspire more people to small steps forward.

To bring this all to life, I’ve created a new mission statement of what I hope we can accomplish together on this site: “We wake up every day to inspire people to overcome this noisy food world, to discover their food values, and to live happier, healthier lives.”

I hope you will join me on this journey. While I can promise you we won’t always agree, that’s normal—it’s just how values work—no two sets are exactly alike. And as long as we agree to let go of judgement, I’m confident that together we can carve a wider path that encourages people to make positive changes and help us all create happier and healthy lives.

Ready to get started? I know I am. Let’s go!

P.S. If you’re interested in helping me create a blog that’s a great, positive resource for people to live happier, healthier lives, shoot me a note via my contact form. I know that in order to make my mission come alive, I’m going to have to recruit some helping hands, minds, and souls!

Resources about the research and teachings of Brené Brown: 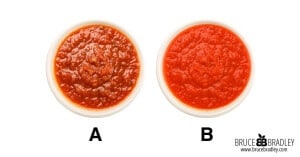 Winning at All Costs. The Problem with Taste Tests 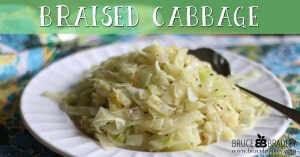 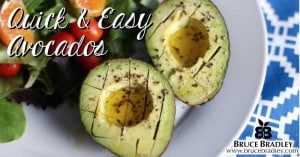