McDonald’s … Are You Lovin’ It?

Not everyone is lovin’ McDonald’s these days. At a recent stockholders meeting, Dr. Donald Ziegler, director of Prevention and Health Lifestyles at the American Medical Association, challenged the world’s largest fast food chain to stop using Ronald McDonald in its marketing to kids. Undeterred, McDonald’s CEO Jim Skinner replied, “Ronald McDonald is an ambassador to McDonald’s and he is an ambassador for good. Ronald McDonald is going nowhere.” How does Skinner defend this stance? He believes it’s all “about the personal and individual right to choose.”

If you’ve been listening to the food, beverage, and restaurant industry’s rhetoric the past five or so years, personal choice and responsibility have emerged as the recurring theme. In fact, Rick Berman, a powerful Washington lobbyist (see the 60 Minutes story about him entitled “Meet Dr. Evil”), has been hired by the food industry to espouse freedom of choice and attack “the nanny state” of regulation. Sarah Palin has even joined the fray recently by attacking Michelle Obama’s campaign against childhood obesity by declaring federal incentives to encourage breastfeeding as “the new definition of nanny.” And while Rick Berman and other industry spokespeople state they are not opposed to educating consumers on healthier choices, the industry’s track record hardly supports that claim. From dragging its feet on nutrition labeling to refusing to list calories on menus, the food industry has been anything but forthcoming with information. And when challenged by so-called “food cops” to stop shrouding industrial farming practices in secrecy, the food industry has responded by lobbying for more anti-whistleblower bills that essentially muzzle undercover reporting efforts that threaten to expose the industry’s mistreatment of animals. How can the same food industry that staunchly defends personal and individual rights also be so against freedom of speech? Fortunately, so far they haven’t been successful, and people who expose unfair practices can still employ a whistleblower attorney if they face complications from speaking out.

Unfortunately, the industry’s track record on advertising appears just as insincere and self-serving, especially when it comes to marketing directed at kids. For example, in a May 2011 news story by CNBC entitled Big Mac: Inside the McDonald’s Empire, McDonald’s claims that it hasn’t marketed burgers and fries to children in over two years. Most parents who watch TV with their kids would disagree. Ads for Happy Meals bombard kids daily, and parents quickly tire of their kids constant nagging for the never-ending flood of toys and promotional tie-ins contained in the iconic red, smiling boxes. So how can the seemingly conflicting points-of-view of parents and McDonald’s coexist? The answer: the art of misleading statements, and the food industry has become a master of them. In the case of Happy Meals, McDonald’s relies on a technicality. Happy Meal advertising doesn’t picture the standard burger and fries option. Rather, it subtly features options like chicken nuggets and apple slices. Seems like a slight of hand to me, especially since the vast majority of Happy Meals sold contain a burger and fries.

Although most people may not be impressed by McDonald’s integrity, many still defend their right to market their products to kids. New research, however, may make more people reconsider. First, clinical trials have discovered that tastes for food become imprinted at a very young age proving early exposure to unhealthy diets can result in preferences for unhealthy foods and increased long-term risks for obesity and diabetes. Furthermore, in CNBC’s story about McDonald’s, Carl Quintanilla reveals recent studies find “children under the age of 8 can’t yet dicern the manipulative intent of commercials.” With information like this, it’s no wonder that Marion Nestle, Ph.D. and professor in the Department of Nutrition at New York University, concludes Happy Meals are “manipulative”,“insidious”, and “extremely subversive of parental authority.”

So what’s the answer? Although historically I haven’t favored regulation as a solution, I’m increasingly concerned. Rather than embrace their entrusted role of nourishing lives, the food industry seems more and more willing to abandon the high road. While I believe there is a huge opportunity for food companies and restaurants to step up, most seem content defending the status quo. Lies and half-truths are becoming more prevalent, and pro-food industry lobbyists like Rick Berman consistently prevail in the regulatory debate.

How do you feel about the food your eating? Are you concerned? And if so, what do you think we should do? 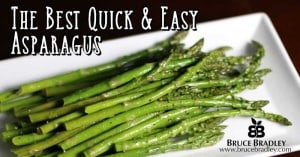 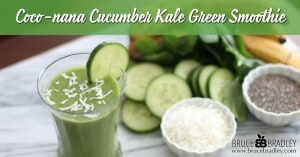 Recipe: Homemade Cream of Mushroom Soup for cooking with or eating!

Read More »
PrevPreviousAll Natural … Really?: Breyers Ice Cream
NextOtter Races with Boy in a Game of Who’s It … How fun!Next